Where BJJ tournaments have been known lull even the most dedicated fans to sleep, Metamoris 4 was a barn burner of submission only tournament held August 9, 2014. With competitors submitting for the first time in years, too small spandex, and donkey guard this event had something for everyone!

Let’s have a look at the 10 best moments at Metamoris 4!

Barnett strutted up to ringside flipping his mysterious black robe to reveal a pair of Dan Severn style shorts that can only be described as “two sizes too small”.

In the opening seconds of the match, Glover uses his famous “Donkey Guard”.  Yoshida pounces like a cat to try and take his back but Glover rolls right into a heel hook attempt.

Vinny slaps on a cringe-worthy heel hook but Keenan manages, somehow, to escape.  This is the most danger anyone has gotten Keenan into in a long time.

#7 Keenan pushes Vinny Magalhaes out of the ring into a pit of tigers.. ok no tigers.

Vinny drives his toes in hard to the mat to bridge up, he manages to get Keenan’s weight off of him and creates a scramble.  Vinny gets to his feet when Keenan gives him a hard shove Lluckily Vinny rolls and lands safely on his feet.

#6 Saulo passes and gets mount

“Comprido” has just pulled guard and Ribeiro is attempting to pass, nearly gets swept, and omoplata’d but manages to pass the guard, avoid the bicep slicer of “Comprido” and move all the way into the mount position

Saulo gets a beautiful right drop seoi nage putting Medeiros on his back.  There’s a scramble and Ribeiro is able stabilize in top half guard.

Tonon gets a front headlock from the feet.  Dale tries to sit out which puts him in guillotine trouble. Dale tries a few different escapes but to no avail, Tonon hangs on tight and gets the sub.

The past few minutes have been Galvao working hard under Chael’s pressure from closed guard to butterfly to half guard, then dog fight (Using 10th Planet terminology for lack of a better less-than 10 word name).  Finally both fighters get to their feet from the dog-fight positon. Rather than give up a sweep, Chael gives his back allowing Andre to get his hooks in.

Yes, this is the third highlight from this match, it was an action packed 20 minutes.  Keenan has been holding mount and side control for several minutes with several submission attempts right up until this one here, a very close armbar attempt.  Vinny escapes and wags his finger at Keenan saying “nope you won’t get that on me pal”.

After Lister had endured 20 minutes of knee-on-skull, head-scissors, kimura attempts and just pressure in general from a 265 lb man he finally says, “16 year streak? Fuck it. Tap.”  Watch Barnett joyously yell out , “YEAH!” at the 13 second mark as he gets the tap.  A great moment in submission grappling.

What did you think of Metamoris 4? Was it better, worse or about what you expected?  Who should they have for Metamoris 5?

Have some other best moments?  Send them in!

Check out our other coverage of Metamoris 4

The 10 Best Moments of Metamoris 4 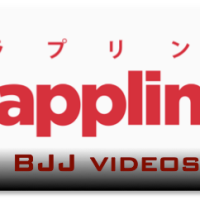