Last weekend was the IJF grand prix in Tbilisi, Georgia.  This is one of IJF’s mid sized events (still huge) with participants largely from Europe.  Of course, these are the elite of Europe’s judo talent pools looking to collect points for the 2016 Olympics.

The new rules for 2014 seem to be allowing more groundwork and we’ve got GIFs of the 9 best ne waza techniques for you below!

When you’re done that, check out the Top 5 Ippons from Day 1 of the 2014 Judo Grand Slam

Shikhalizada pins Pliyev of Ukraine in this second round contest of the -66kg weight class.  A classic style kesa gatame

It’s nice to see seamless transitions from standing directly into groundwork.  Pliyev of Ukraine rolls right from a wazari score into a pin.  Mumonov gives an honest effort to remove himself from the pin, but just like the bug that gets trapped in a spider web, he struggles with everything he’s got at first… slowing dooooown… until he realizes he’s done for.

Chintogtokh of Mongolia wastes no time on her downed opponent with a turnover into a tate shiho gatame, transitioning over to yoko and eventually into a crucifix style pin.  The entire time she controls Busra Akyol left shoulder causing her to tap.

Yessimbetov of Kazakhstan down by a yuko manages to pull out a nasty bow and arrow choke after nearly getting tossed with an o goshi.

Nataliya Kondratyeva of Russia takes advantage of her opponents back with a juji roll armbar.

The women’s under 52kg category has got to be one of the most vicious of all.  Irina Zabludina of Russia pulls off a beautiful juji roll armbar with her leg still stuck in half guard.  This armbar finish came just one match before her teammate, Kondratyeva of the same style.  I guess Russia’s been working on this one.

Another vicious -52kg lady,Babamuratova, of Turkmenistan makes the Armenian, Balasanyan, pay for a seoi nage attempt.

Zantaraia of the Ukraine is leading the match, in the final seconds he attempts an uchi mata, loses control and runs away from Verde.  Verde chases him down, almost gets thrown with seoi nage and ends up being choked by Zantaraia.  You can almost hear the cartoon sound effects.

Watch as Abashidze tries to tap, but the ref isn’t able to stop before Szabo pulls her over and realizes she is unconscious

What was your favourite? Post in the comments below!
Didn’t see it? Request it! 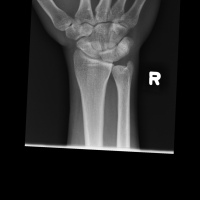 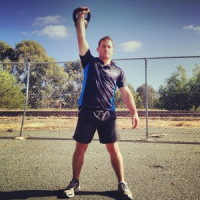